The greatest Dell ad/commercial/advertisement ever

This commercial came out in 2009 and it’s been burned inside my brain ever since.

Basically, it involves a huge factory with workers singing the timeless classic
Chordettes song, Lollipop, and them creating Dell Inspiron computers from
this liquid substance I do not know the name of.

The computers started out as a liquid substance, then a tennis racket hit them which
turned them into small little cubes. The cubes then traveled down some tubes leading
to big robotic elephant feet. Afterwards, the aforementioned robotic elephant feet
smushed the cubes causing them to become a flat sheet of whatever that substance
was. Robots then shaped them and turned them into rectangles, and afterwards were
thrown into an oven where they became the Dell Inspiron laptops.

Afterwards, a robotic paint brush painted the Dell logo onto the front of the laptops,
and then the computers were shifted around into different conveyor belts to get ready
for packaging. It then cut to a scene of two robotic arms wrapping a red Dell Inspiron
laptop into a plastic case similar to how Jolly Ranchers are wrapped. It then cuts to
the Dell and Intel logos, and that’s the end of the commercial.

It was such a clever and creative way to promote their at-the-time brand-new colorful
Dell Inspiron laptops. Every time I saw it I lit up in joy because the commercial was
so full of life and joy.

I can’t resist with sharing it, either. Please help yourself to this masterpiece. 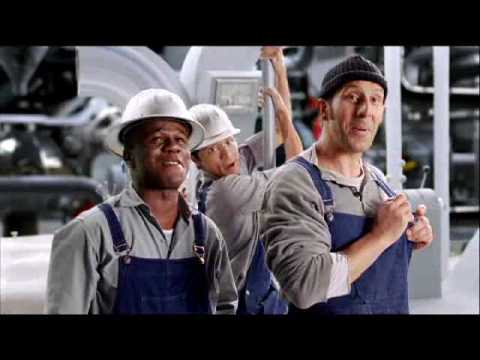