So my brother was on Wheel of Fortune last night

My brother got laid off his job like 2 years ago and wanted to go on Wheel of Fortune because he now had time…it was a TWO YEAR PROCESS. He had to apply, audition, do like 3 trial shows where they essentially play in an empty studio so the producers can see if they’re going to be “TV worthy”. Anywho, they taped it I think in early February and it just aired last night. I recorded on my computer and uploaded to Twitter and if you know Ben, you’ll appreciate this: 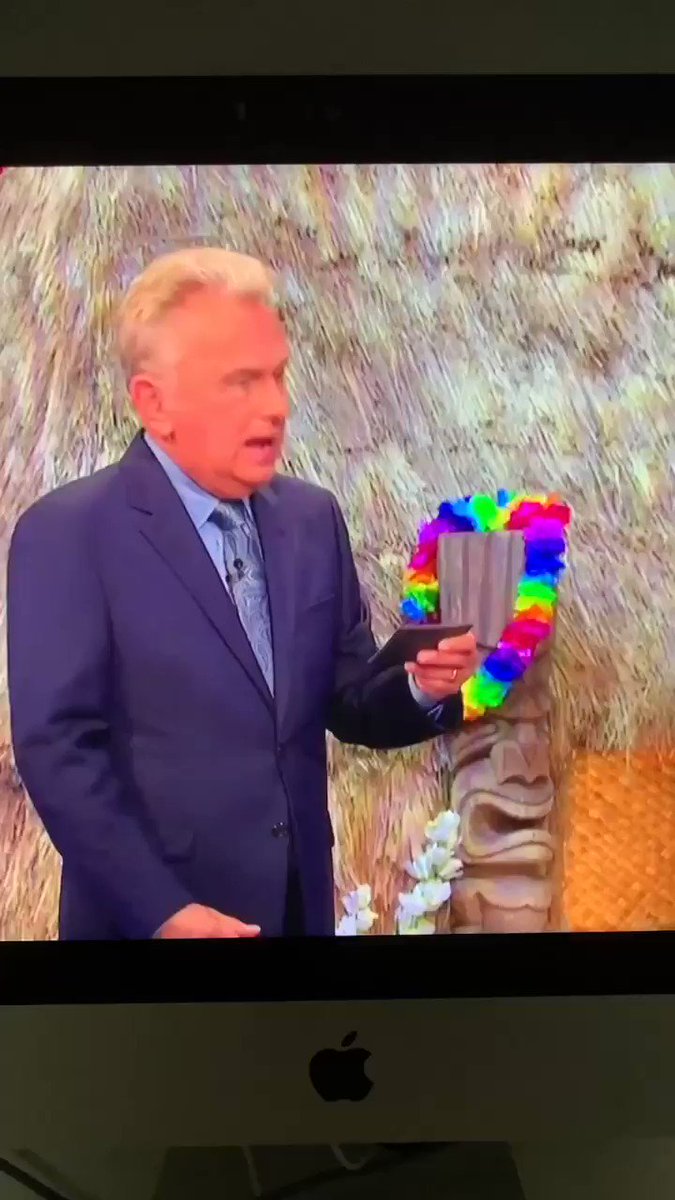 My brother on Wheel of Fortune is exactly how I imagined it’d go and then some lol https://t.co/pxpBQmRVIx

I couldn’t stop laughing at him doing the finger guns when he went bankrupt. Also he was about to shake Pat Sajak’s hand at the end but apparently you’re not supposed to(?) and Ben forgot and they had an awkward moment that cracked me up too. The whole thing is great…

But I wanted to ask if anyone’s been on TV before!

Hopefully not Judge Judy or COPS–but did you ever audition for American Idol, get interviewed on the news, Price Is Right?.. I don’t think I could do something like that. I’m MORE awkward than my brother, and he was pretty bad on the show. He managed to annoy Pat before the game even started lol

LOL, THAT WAS YOUR TWEET? I was dying of laughter from it!

Me, I’ve been on TV. I was once a singer when the Pope came to Ireland

Send a link or something I wanna see

Oh sorry I suck at this-- was the link not in my post? I just copy pasted the video and thought it showed up but here’s the url (not sure how to make it a link):

don’t worry, the first one worked

Yeah it kinda blew up lol–I don’t know how it happened but I’ve never had so many notifications and I don’t know how big accounts do this man…I’m about to mute it tonight I think because it’s too much. Ben knew he lost early on so his facial expressions are gold

No I meant decool cos he said he sang on TV in Ireland or something like that and I wanted a link to his video also. Your link worked fine I saw it on twitter it’s cool

I don’t have a link unfortunately lol.