I’m done reading wooo I’m so proud of myself. This took me about two hours lolll

So… what kind of editing tools would you like to see built-in on byte? Personally, I think the ability to better trim and rearrange clips would be very helpful. Also an option to duplicate clips so I can get my glitch on again.

On top of all of those, possible transition effects between clips, maybe the ability to add audio while editing rather than through a separate sounds tab, ability to crop and rearrange clips (turning or mirroring them), and definitely a stop motion mode for those users so while creating they will always have a set FPS they can follow per click or however a stop motion person would word it @imr.davis

Trim and rearrange defo If we going basic the four we had on vine were useful.
I find the byte camera clicky.

5 posts were split to a new topic: Shrek 2 Script But Its byte

Just basic editing like rearranging clips and trimming the timing of each one. I don’t need much. But I’d like to do everything in app and not have to go elsewhere. Like others have said previously, byte right now is a gallery for people to showcase what they can make externally. I was thinking today that I just want an app to easily film, edit, post, and interact all in one. For me, the edit part is missing.

I’m hestitant to comment because this thread is pretty off-topic by now and everything I could even try to say was already perfectly expressend by Senorpequenos, but since Dom specifically said this thread was being read (although I doubt this late pelies are) I might as well add one more voice.

Basically, in addition to everything Senopequenos said, I think the main thing is that Byte wouldn’t exist today if the project had been announced in the way it is today. People like me followed this project, and then stuck around when even it’s own team seemed to have given up, because we had faith and wanted the vision they showed us in 2018.

I’m not going to lie, I don’t feel like opening Byte anymore. I’m still here just in case things evolve in a way that I cannot predict and suddenly, after who knows what, I end up liking the app again. But if it keeps going in the direction it is now, with more and more tiktok-catering features… I don’t think it’s as good for Survival as some people seem to think.

If you only appeal to tiktok users, and then the ban doesn’t happen and they go back to tiktok… who do you have left? I’m not saying it’s CERTAIN that’s going to happen, but… what if? What if tiktok gets to stay and people want to go back to the real thing instead of a copy?

Devyn I can’t believe you actually just did that wtF

My favorite thing of the day

For the people who keep saying “Vine is dead, it’s is not coming back lmao”

Just a friendly reminder that tiktok refugfees who conform the most part of the community rn were crying and hoping Byte could be a tiktok 2.

Although I loved the “alt” side of Vine w those dank memes and all, we should’ve all realized by this point that BYTE IS BYTE, not tik tok, and that you should be posting things for FUN, for the LOOP, not for the clout, the popularity or the looks (just like the superficial toxicity in tiktok)…

I am not sure what this mooptopia thing is all about but verifying people for other reasons that are not being active in the app sounds just really unfair to me! There are plenty of people who have posted bytes with so much love, creativity, intelligence and talent, like-
This has to stop, this shows early stages of a toxic community.

lets try to stay on topic yall. thanks :))

i remember before the app existed and those are good times

I suport this point of view.

Welcoming tiktok users while at the same time, adknowledging og byters effort is the equilibirum the app needs. But right now I feel like tiktok refugees are more heard out and supported because they make up the 90% of the app right now

Byte is Byte and trying to make it a tik tok 2 when a tik tok 1 already exists is a very big mistake, I’m leaving a very classical marketing example below, where Coca Cola rebranded their taste to a sweeter one in a failed attempt to compete with Pepsi.

What is the damn point in consuming something that already exists somewhere else? 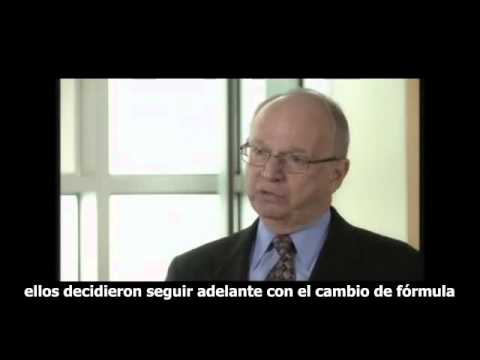 Actually byte isn’t like tiktok. Tik tok audio features are easy to use, transition effects, a million filters. When I try using audio on byte I run into basic problems like I can’t blend sounds I can’t use timers when recording. I have to hold the record button when using audio?? It’s actually a pain to use BYTE audio, let alone finding audios/search is clunky and near impossible. Byte is completely inferior and shit compared to tiktok features. But on byte, I can create whatever I want without too much judgment and there’s a fair algorithm and byte community doesn’t exclude minorities (with the exception of occasional ageism) and byte promotes being a friendly community that is considerably more respectful than many… and byte doesn’t do CLOUT and feed clout chasing… (with the exception of moopgate) which was basically a shameful harmful attempt at making a Charlie D’amelio clone, mostly byte and it’s algorithm promotes everyone fairly and gives everyone that works hard at uploading and engaging a chance to be seen… I do however miss the creativity 1st vibe… that change hurts and hopefully the new “bland” content on the app will subside as people start being creative again … seriously folks how many vids do we need that just talk shit ? Let’s be creative again. Flood the app with creative content, if its just music and text…no one cares, the next vid might have a cool frog in it.

The state of byte …

Well it seems like the tiktokers are leaving again

Everyone’s views And likes are at a realistic number

they invaded the app absolutely mind controlled byte staff into giving them ANYTHING they want and now their disappearing . No partner program ( all the money hungry people dipping too ) . Guess that means Making byte a tiktok 2 isn’t the plan anymore

very excited for the future of this app

Doesn’t it fall on the users to make ‘creative’ content?

There’s plenty of awesome original content on tiktok… the extra features TikTok has doesn’t prevent anyone from posting creative content. I would argue it actually increases creativity. By adding these new features, Byte becomes accessible to even more people. More people, more engagement, and better content because making the extra effort to post on Byte becomes worth it.

I think the problem lies in Byte’s algorithm and how it doesn’t show you what you want to see.

…it was specifically written and changed to be on topic…did you read it???