Byte Has Been Hacked / Jailbroken

So people out there have jailbroken byte and ummmm its not fun. They added auto-like and auto-follow to the app so just wanted to bring this to the attention of staff.

ALSO IF YALL USE THIS YOU WILL GET BANNED!!! 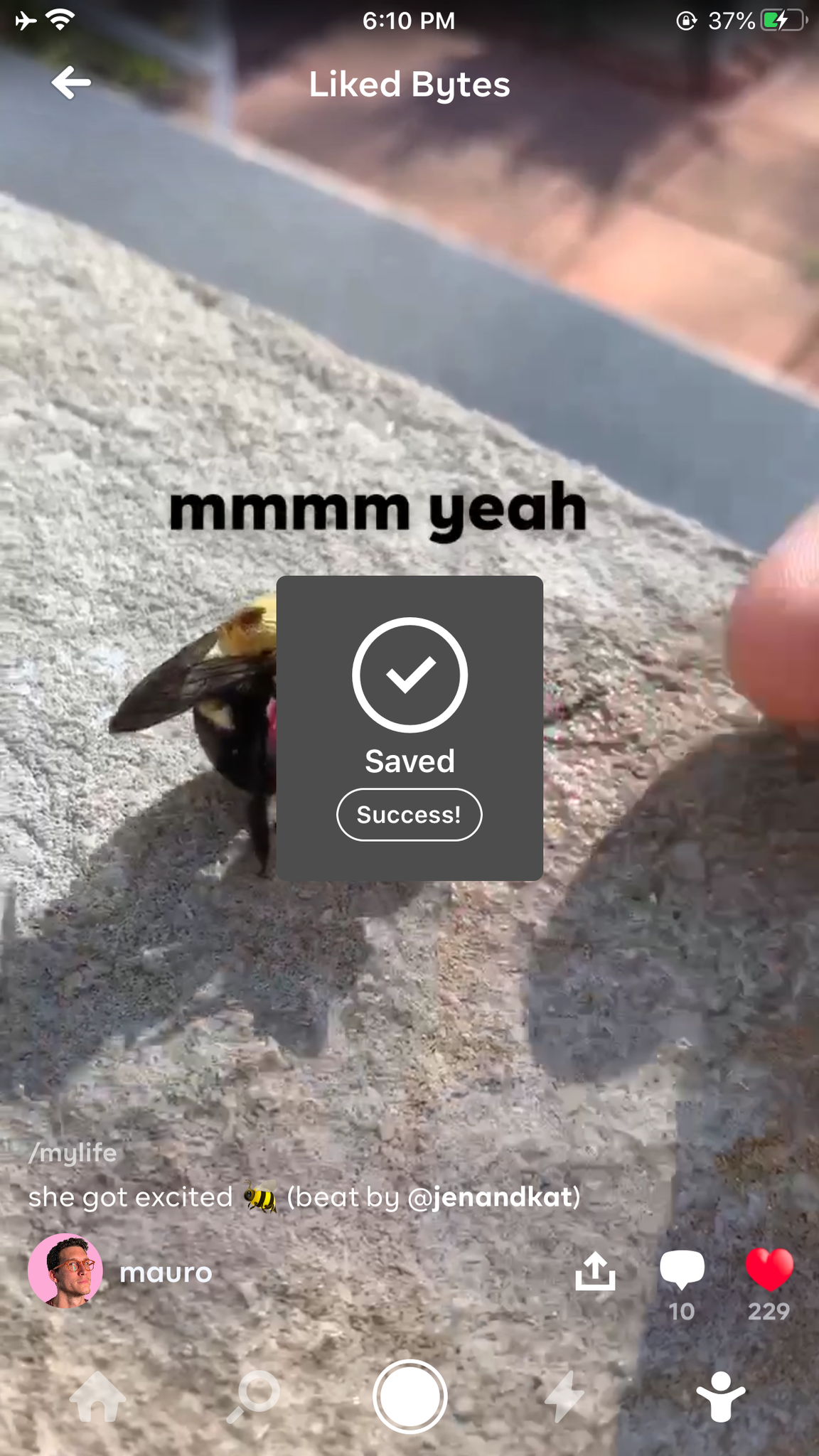 A new tweak called🐰Rabbit is out for the official byte app. It allows you to save videos, auto like videos, and auto-follow users in the explore page. You can configure the tweak settings in the "Edit profile" page.

no good. I guess we’ve made it?

Yeah this is a big yike. Kinda reminds me of bots that unnaturally inflates someone’s video stats

and he used a screenshot of one of my bytes. off with their heads.

time to copystrikeeee. but like deadass u could file a dmca takedown…

umm idk if there is a way to combat this

they’re known for making tweak apps… instagram++, twitter++, snapchat++, etc. FYI, these are pros but it’s hard to access such a tool like this unless if you have Tutu, Panda, Ignition, Tweakbox, Appvalley, etc which certificate expires

As long as the tweak isn’t facilitating spam or other harmful things, there’s not really a legitimate reason for banning people for using it.

In fact, if you’re smart, you can take advantage of people tweaking your app as a way to source feature ideas without having to initially develop/test them yourself

It is harmful though. The mod would increase spam liking and spam following etc. Byte banned bots before and they should now…

As of right now it doesn’t pose any threat to anyone and the way byte’s sponsored tabs work they probably wouldn’t integrate a sponsored tab removal button (They are entirely unobtrusive). Jailbreak detection software would be a slap in the face for both communities as many jailbreak for more customization and experimentation, not tweaks (Also you can use tweaked apps on a non jailbroken iPhone).

Bots could be an issue, but it’s unknown how they prevented and removed all the bots and most likely they removed it Server side not in the app.

Thats not the issue though. They are creating fake engagement which harms the community. Many were using bots and have since apologized for it but this was made for the sole purpose to not help the community. Im fine with jailbreak tweaks that customize the app in a way, ways to customize the app, or add new things which are not bots. The sponsored tab would come back eventually with TikTok being banned and Byte regaining popularity. They will add a “remove sponsored tab” and they deserve a ban. It would be hypocritical of the byte team to ban those using like bots at the beginning of byte when the app was launched and using the bots now should follow the same rule.

Not to mention it is against the TOS of the byte app which allows for the staff to ban those. Artificially inflating likes, and follows is something that I and many others dislike and is quite noticeable. Just because we know its hard to be stopped, does not mean that we should ignore it and let it be. This is a community based on creativity, and community and bots like this have no right to be here. A good bot which I love is the Profile Picture Bot which doesn’t break the app, and auto like sure as hell does.

@TheTomWho @ClassicEmoji @byte_app I’m not naming people but if you can think of someone who always likes all your videos within 5 minutes of them being posted, and after doing this for 4 months now how enough followers to always be top 5 posts with unoriginal content... and his name is a meme... you might know
2 Likes
Beeshrine July 24, 2020, 2:04pm #13

So this was harsh but the good news is I can’t get called out for being mean on this statement without someone admitting they are a bot.

With that said, I agree with @mauro that the fake engagement is not good for the app in the long term because likes and follows make us feel good now but when they happen on a large term scale people who join the app can see it and it looks really really bad. It stunts the growth of the app.

As I have said many times. Likebots exist because it’s free advertising and creates a link to your page. If someone was allowed to this for months then they’d have a collection of people who “return the favor”. If you like 1000 posts, and just 1% of like it back then you will have changed nothing on those 1000 people’s post, but 10 of them liking you back means you have a front page post for the day.

Why does that matter to me? Because that spot could’ve been taken up by a post that got buried that would’ve had original content on it, and maybe could’ve helped me discover a creator who has real engagement with others.

This has been my ted talk, thanks

Rules shouldn’t be in place to ban tweaks / jailbreak users (like other platforms do) just because of one problematic tweak. That’s the argument I’m making. I know this wasn’t necessarily on the table yet, but this is where these things often lead.

I’m not familiar with the sponsored tab, so I’ll refrain from commenting on it.

only a matter of time, probably is if they DMCA or patch the problems, people will always come back with new solutions and tools

Well, DMCA wouldn’t apply to tweaks at all. The best you could hit them with is a anti-reversing and/or anti-patching clause in the EULA - but you’d be hard pressed to find a judge who wouldn’t immediately throw out the case (as I understand it, EULA’s are notoriously difficult to actually enforce against an individual).

Tweaks don’t come from vulnerabilities in the app, but rather the ability to make tweaks is primarily due to the implicit design of iOS apps as a whole (that’s as simple as I can explain it). Meaning that until iOS fundamentally changes, tweaks will always be possible.

While I don’t necessarily think this is good for users, I think this is a good indicator that the act is gaining traction. If people didn’t feel it was a legitimate platform they would be less likely to waste their time on stuff like this.

My thoughts exactly. People care enough to try and gain traction because they see the trend. This is why adaptability in this industry is key.

How is it NOT facilitating spam??? How is spam liking, and spam following not spam??? Explain it to me because I do not understand it.